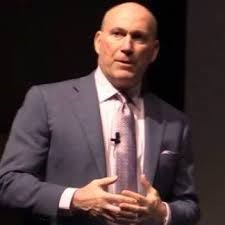 Steve Shull has been a real estate coach since 1993 when he founded Performance Coaching(www.performancecoaching.com).  He played four years in the NFL as a linebacker with the Miami Dolphins. He was one of the tri-captains in the 1982 Super Bowl.

In 2007, Steve was one of founding partners of Teles Properties. He helped the company open four offices in Beverly Hills, Brentwood, Newport Beach and Pasadena before leaving in 2012.  From 1991 thru 1993, he sold residential real estate in the Fullerton, CA. area. In his first year with his partner, they closed 53 transactions. In his second year they were on pace to sell 100 homes when he came up with the idea to create a coaching program which marked the beginning of my real estate coaching career in 1993.

Steve earned his MBA from the University of Miami and his BS from The College of William and Mary. He is married with two daughters and lives in Brentwood, CA.