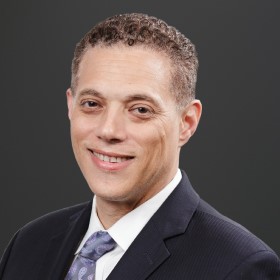 Charles is a seasoned professional manager whose experience encompasses all areas of business including Finance, Management, Marketing, Operations and Strategy. Having served as the Chief Financial Officer of several companies while managing his own 50 unit enterprise in the franchise space,

Charles earned his BS in Physics from Hampton University and his MBA from The Wharton School of Business at the University of Pennsylvania.